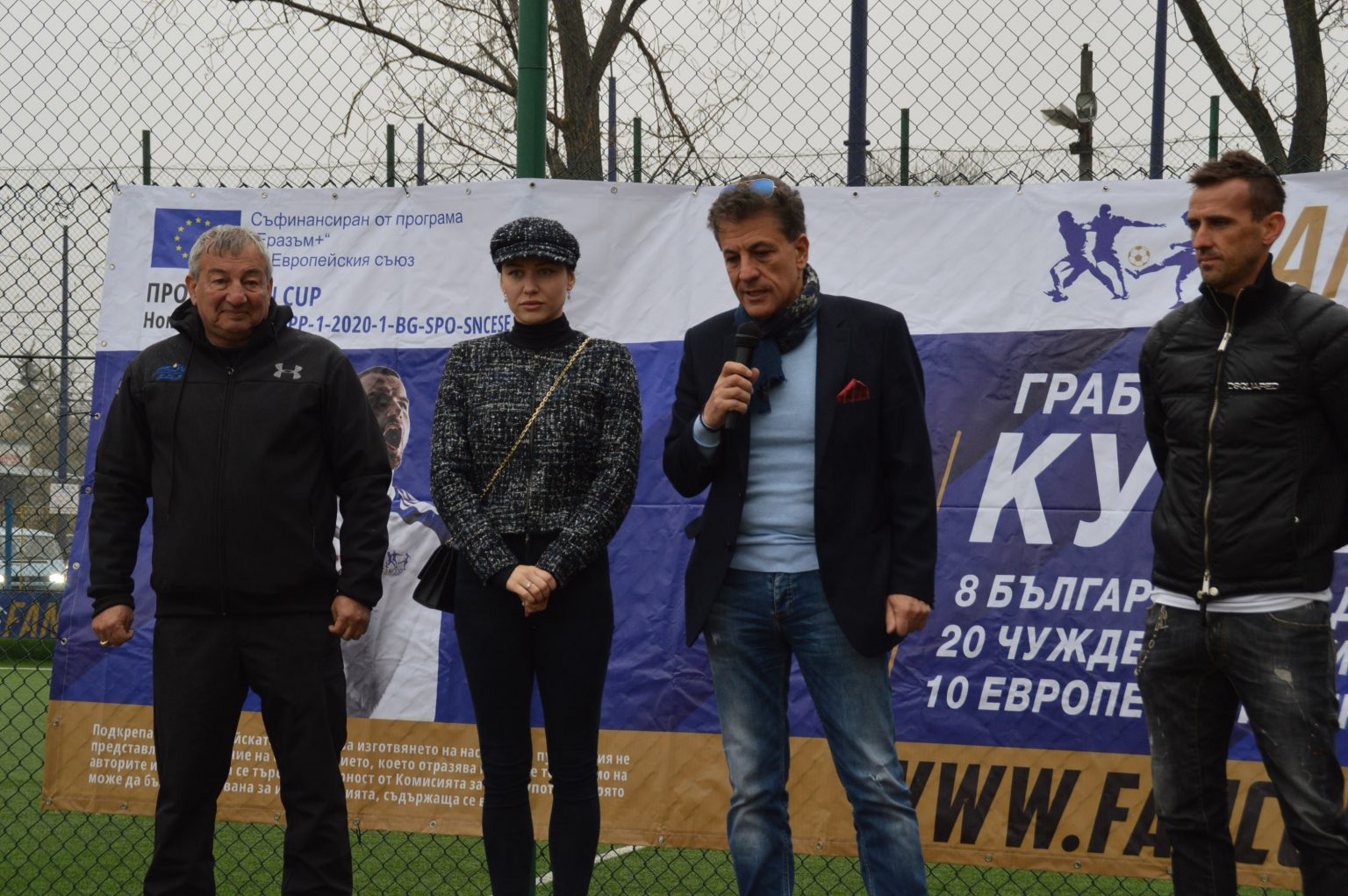 The golden girl Reneta Kamberova and the former football national Vesko Minev gave the initial blow in the opening match of the second tournament FAN CUP 2021 in Pazardzhik. The competition is part of the largest amateur mini-football tournament, which started a week ago.

The tournament in Pazardzhik was opened by the mayor of the city Todor Popov, after which the participants were greeted by Reneta Kamberova – bronze medalist with the Bulgarian ensemble from the last Olympics in Rio 2016, Veselin Minev and Anatoli Iliev by the tournament organizers.

“Pazardzhik today hosts a stage of one of the largest sporting events of the year in Bulgaria. Our city is among the most sporty in the country and we are constantly striving to give more opportunities to the people here and the guests of the city for an active lifestyle, “said Mayor Popov. In 2020, Pazardzhik won the title of “European City of Sports”, and due to the health crisis, the initiative was continued by ACES EUROPA this year.

The constant rain along the Maritsa River did not stop the enthusiasm of the teams from the region, which embarked on a strong battle for the two places that ensure participation in the grand final in September. The semifinals ended in a draw and penalties had to determine the participants in the last match. Thus, in the final, the players of Esetra Commerce beat Detoni 3: 1 and grabbed the Cup in Pazardzhik. The bronze medals were awarded to the players of Arda 1924.

So Esetra and Detoni joined the teams of E-Dynamics and Sporting, which reached the last match a week ago in Stara Zagora and secured participation in the big international final tournament, which is scheduled for mid-September by the sea with the participation of players from 10 countries.