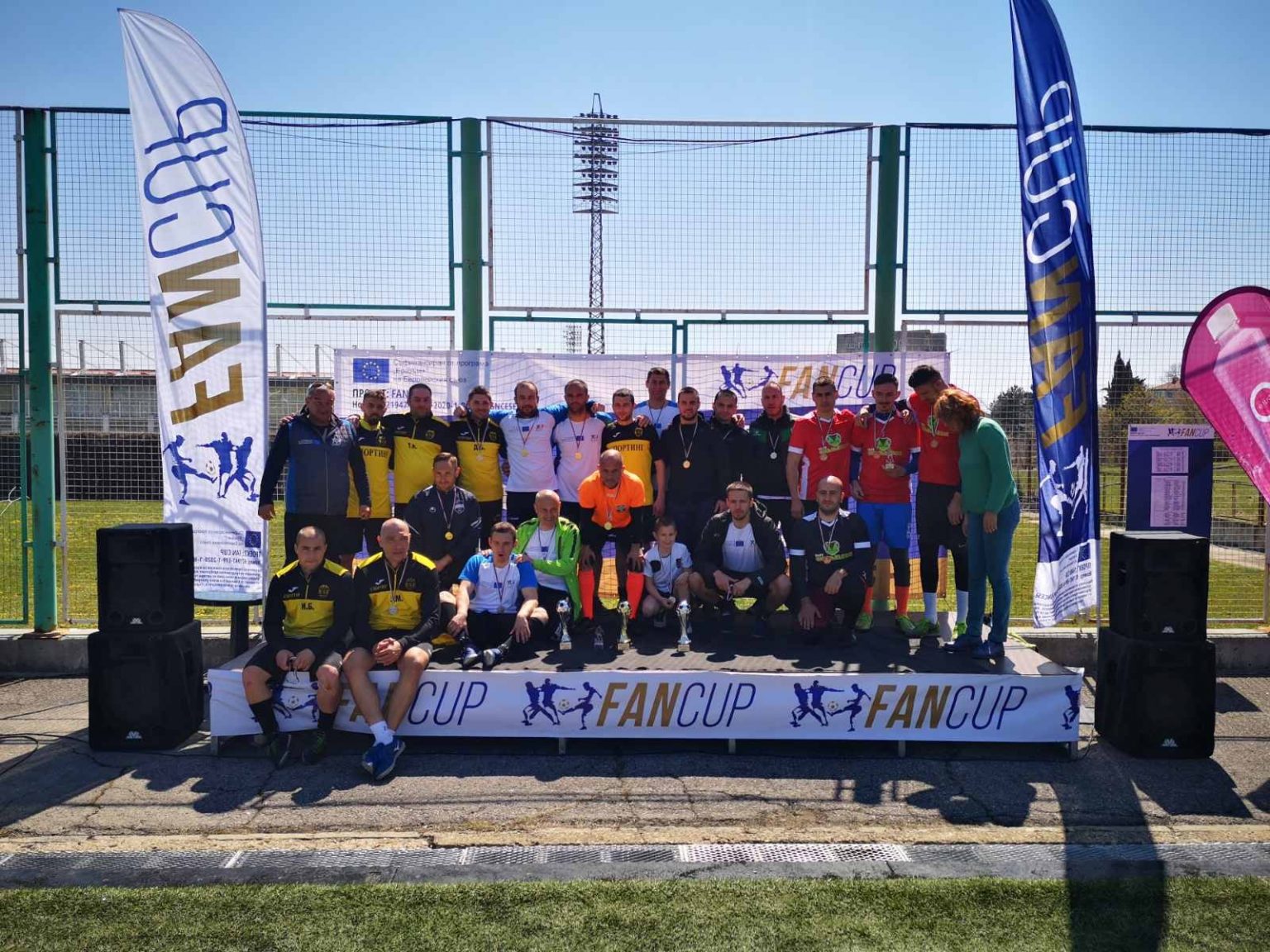 E-Dynamics and Sporting are the first two teams to secure a place in the grand final of the chain of amateur tournaments FAN CUP 2021. The two teams had a strong battle in the last match of the race in Stara Zagora, which gave this weekend the start of the large-scale initiative, which is the most popular in the sport in our country during the year.

After a draw, E-Dynamics and Sporting determined the champion in Stara Zagora by penalties, in their performance more accurate with 2: 1 were the players of E-Dynamics, who triumphed with the Cup. The winners were honored and welcomed by Krassimira Chahova – Deputy Mayor of Stara Zagora and Anatoli Iliev by the tournament organizers. Ivan Zhelev from E-Dynamics was named the best goalkeeper, Ivelin Valchev from Sporting was the most attractive player, Ivan Milchev from Chameleon was awarded for fair play, and Veselin Rashkov was the most precise referee.

Final ranking from the first tournament of the FAN CUP 2021 in Stara Zagora: 1. E-Dynamics, 2. Sporting, 3. Chameleon. The first two teams qualify for the grand final, which will feature players from 10 countries in mid-September in Albena.